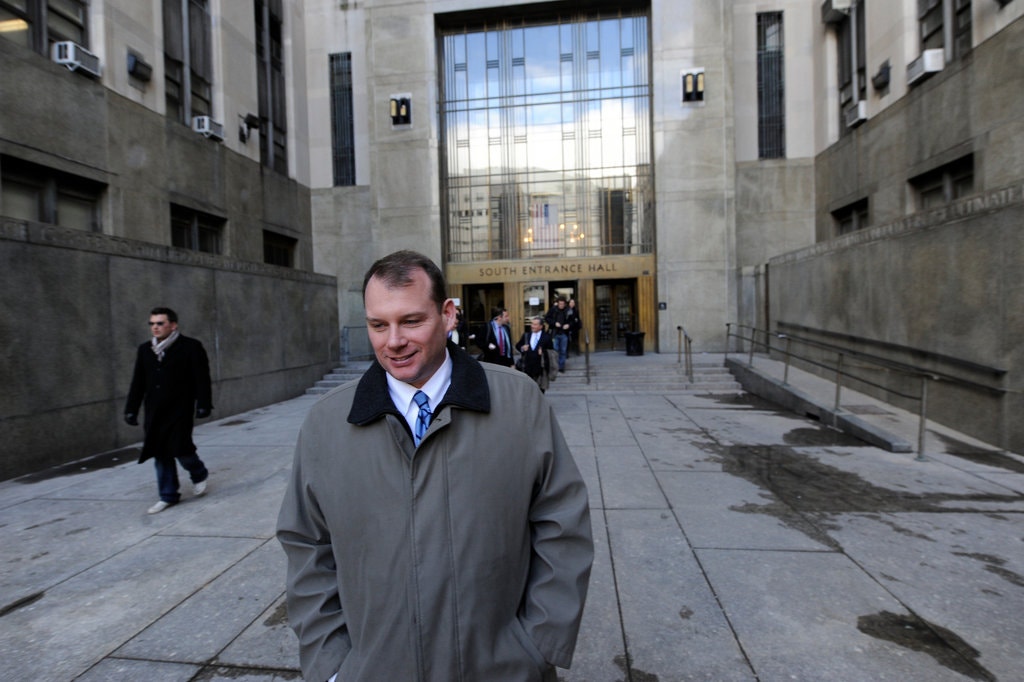 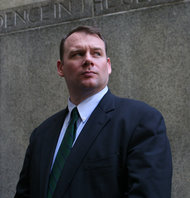 The jury, on its third day of deliberations, found Mr. Haggerty not guilty of the most serious charge against him, first-degree grand larceny, which involves the theft of more than $1 million.

But the charges he is convicted of are both felonies. Mr. Haggerty faces a maximum of 15 years in prison.

Prosecutors say Mr. Haggerty promised to provide ballot security during the election and instead used most of the $1.1 million to buy a house. Mr. Bloomberg had contributed the money to the state’s Independence Party, which gave most of it to Mr. Haggerty.

The trial offered an unusual glimpse inside Mr. Bloomberg’s costly election operation — which spent $100 million of his own fortune — and shed light on the intermingling of money, mayoral staff and politics. Several of the mayor’s top aides, who studiously avoid talking openly about his spending and strategies, took the stand to discuss both.

Mr. Bloomberg himself was called to testify at the trial, facing aggressive questioning from Mr. Haggerty’s lawyers. At one point, the lead prosecutor, Eric Seidel, objected that the defense was conducting a “trial by ambush.”

The prosecution said that the mayor made the contribution to the party after Mr. Haggerty promised to do Election Day ballot security work. Ballot security is a shadowy and sometimes controversial element of politics in New York that has to do with placing campaign operatives — volunteers, lawyers or inspectors — at polling sites to discourage voter fraud.

Apart from criminal questions, the case fueled criticism that Mr. Bloomberg tried to pay for ballot security through an indirect route to avoid scrutiny.

The prosecution said that Mr. Haggerty agreed to make the arrangements and oversee such work for Mr. Bloomberg, but drew up a fake budget and pocketed most of the money — about $750,000, according to statements at the trial. Mr. Seidel said that financial records “show not one penny was spent by S.E.O.” — Special Election Operations, Mr. Haggerty’s company — “on ballot security.”

Instead, prosecutors connected the payments from the mayor to Mr. Haggerty’s spending, arguing that he applied most of the money to his purchase of his father’s house in Forest Hills Gardens, Queens.

Mr. Haggerty’s lawyers also took issue with the prosecution’s timeline. They said he had promised to buy out his brother’s share in the house in 2008, before the mayor moved to have city election laws changed so he could run for a third term, and before Mr. Haggerty had committed to doing anything for the mayor’s campaign.

The defense argued that once the mayor made the contribution, Mr. Bloomberg had no say over what happened to the money. Mr. Haggerty’s lawyers also maintained that the mayor had tapped personal funds, not his campaign treasury, because Mr. Bloomberg wanted the least possible public scrutiny for what could have become a controversial donation.